Home Mobile 5 TRENDY BUDGET FRIENDLY SMARTPHONES TO BETWEEN 7K TO 10K IN... 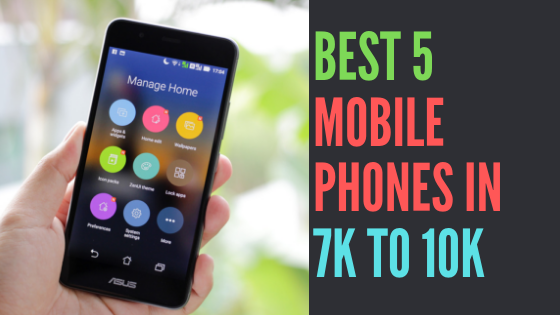 There was once a time when buying smartphones with advanced features used to be a costly affair. But now you can get smartphones having fingerprint sensors, dual cameras of 12 to 16 megapixels, good battery backup and almost 80 percent of the advanced features in sets under 10,000. A lot of brands like Asus, Realme, Xiaomi etc are available under 10,000 providing an excellent affordable solution.

The following list gives us a guide to the 5 best smartphones to choose between the price range of 7 to 10k amongst plenty of numerous choices. 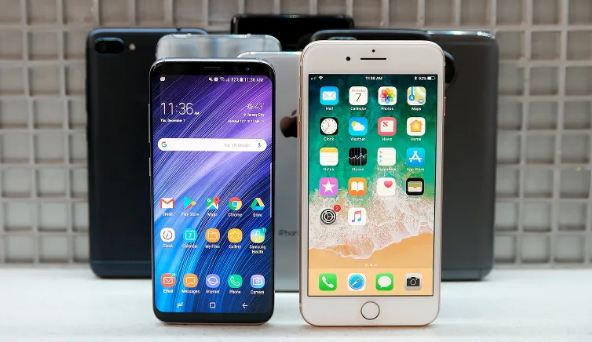 The device has been recently launched in January 2019. It has an extremely stylish and sleek look featuring a 6.22-inch Touchscreen with 3GB RAM and 32GB internal storage space. It has two powerful back cameras each of 13 megapixels and 5 megapixels while the front selfie camera is of 5 megapixels. The device runs on Android 8.0 software backed by a 1.6 GHz octa-core processor and has a powerful battery of 3400 mAh. It is a nano dual sim device available in Charcoal Black and Ocean Blue. It has a price range of Rs.7, 990.

The device was launched last year in September 2018. It features a 5.84 inches full touch screen with a boat-shaped notch and has resolutions of 1080×2280 pixels. It runs on 2GHz octa-core processor and supports 4GB RAM with 64 GB internal storage that can be extended up to 256GB. It features two back cameras each of 13 megapixels and 5 megapixel and one front camera of 5 megapixels. The battery back of the device is very powerful having a capacity of 4000 mAh. It is available in 4 attractive colors Gold, Blue, Red, and Black. The device is available in the market at a price of Rs.8, 999.

The device was launched in the month of August in 2018. It has got a glamorous look featuring 6.20 LCD full touch screen having Fingerprint sensors, Proximity sensor, Face Unlock, Accelerometer and Ambient light sensor. It is available in three solid colors-Diamonds Black, Diamond Blue, and Diamond Red. The device consists of 3GB RAM with 32GB internal storage space and expandable memory up to 256GB. It features two real cameras of 13megapixels and 2 megapixels with a powerful selfie camera of 8 megapixels. The device runs on Android 8.1 backed by a 1.8GHz octa-core processor. The battery backup is also excellent having a capacity of 4230 mAh with nano dual sim support. The device is available in the market at a price of Rs.9, 699.

The device was launched in July in 2018. It has got a sleek trendy look featuring 6.20 inches full touch screen having resolutions of 720×1520 pixels. The device consists of two rear cameras of 13megapixels and 2megapixels while the front camera is of 8megapixels for outstanding selfies. The device is available in two attractive colors- Red, and Dark Purple. It runs on Android 8.1 orea software backed by 1.8GHz octa-core processor. It consists of 2GB RAM and an internal storage space of 16GB which can be extended up to 256GB. The device is available in the market at a price of Rs. 8,669.

The device was launched in 2018 in the month of December. It features a 6.26 inches display screen of resolution 720×1520 pixels. The device is available in two basic colors- Black and Blue. It consists of a primary camera of 13 megapixels and a secondary camera of 2 megapixels at the rear end. The front camera is of 8 megapixels. The device has software support of Android 8.1 Oreo backed by 1.8GHz octa-core processor. It consists of 3GB RAM and an internal memory storage space of 32GB which is expandable up to 200GB.  It is a dual nano sim device and available in the market at a price of Rs.9, 999.