Home Mobile Android Q: What Has Come And What’s About To Come 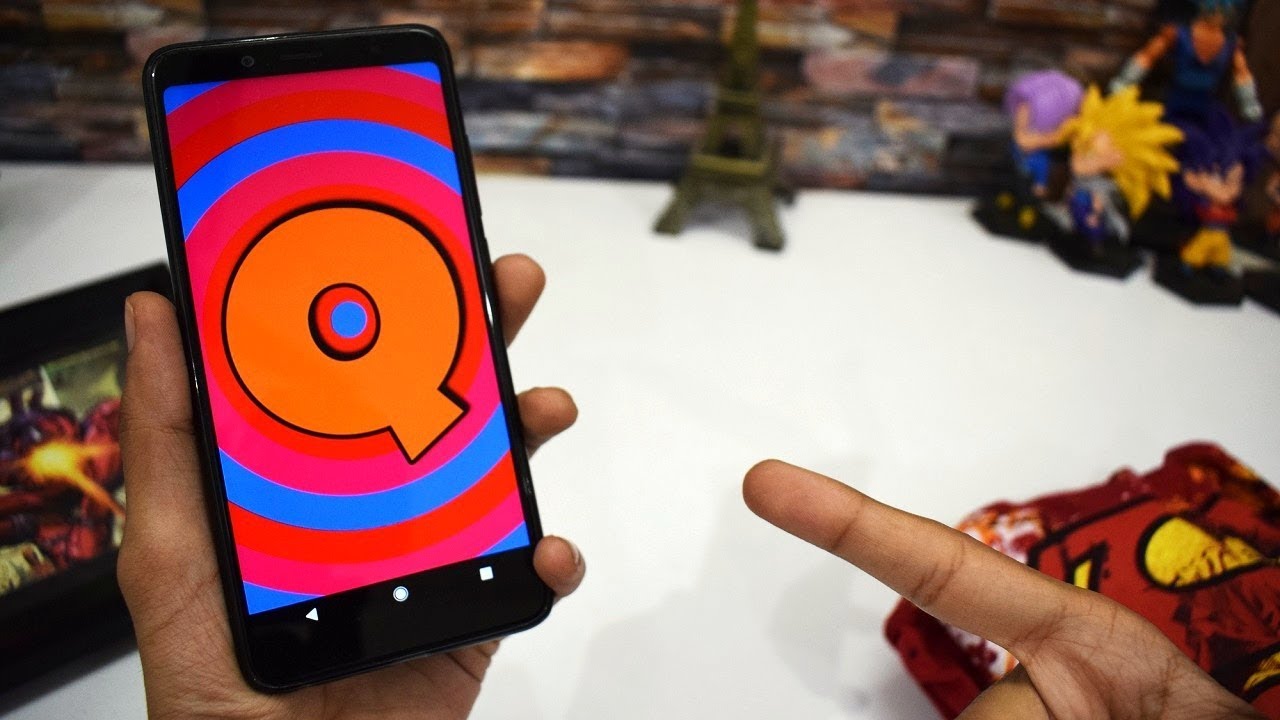 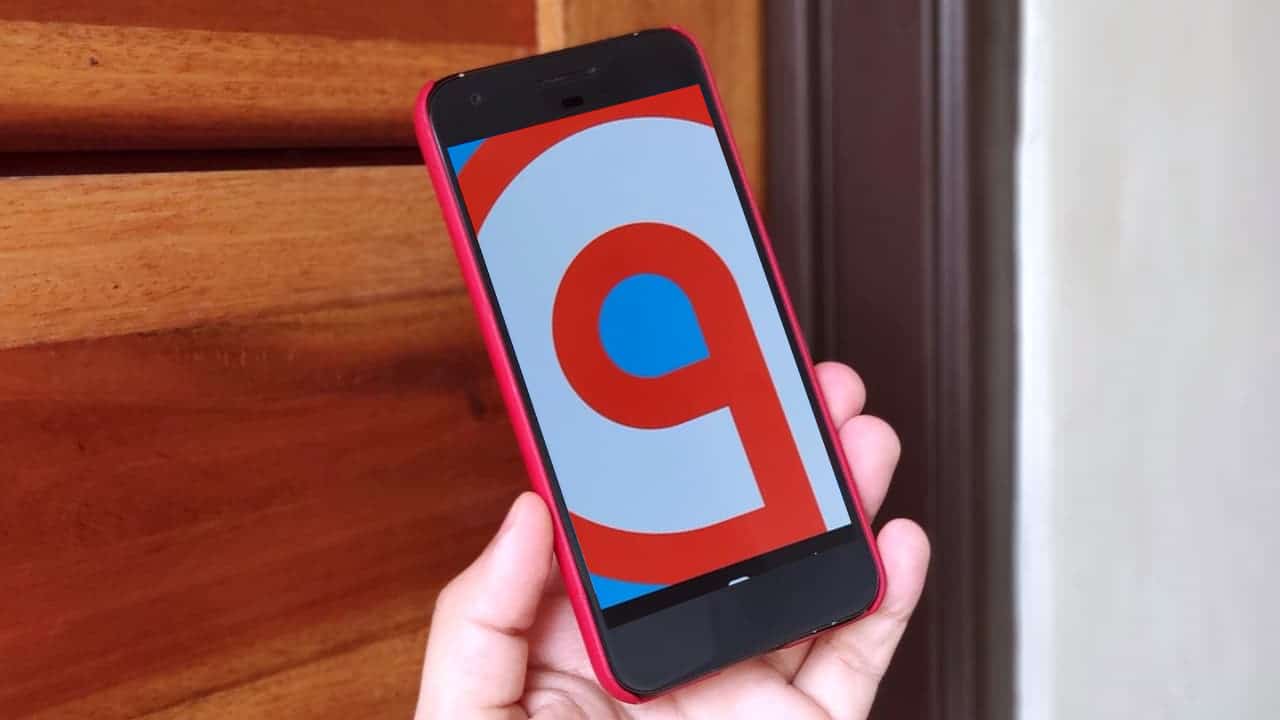 Android Pie was a major update in all the right ways. It moved the focus towards it user’s and opted for a new navigation format, replacing the three soft buttons on your smartphone screen. From Dashboard, to allow the user see their activities, to turning the screen grayscale at bedtime, and to finally overhauling the overall navigation with gestures, Android Pie seems to have a lot. But is it enough for Google? Not at all.

With recent news and rumours, it is almost confirmed that Android Q is already in works, even before Pie got an official release. Well, why would the release of a major android releaser hinder its successor? I hope that made enough sense.

On a more serious note, on August 30th this year, Android’s Bionic status updated. For people who don’t know what Bionic is, it is Android C’s library, dynamic linker and math library. It lists a variety of new functions to Android Q and also interestingly mentions that Android Q will feature API Level 29.

The API level indicates the version of Android framework. For instance, Android 8.0 Oreo features API Level 26, Android 8.1 Oreo had API Level 27, and Android 9 Pie had API Level 28. If Android Q will feature API level 29, then that highly suggests there might be a maintenance release for Android Pie and we will directly move onto Android Q. However, nothing is for sure with Google and we might just possibly see a MR being done, as Google has done it before, without increasing the API level.

Android has had a history of naming its version on worldwide famous confectionary-items in alphabetical order. Let’s get on a quick recap with all the names, their releases and features:

1. Android 1.1 – Petit Four – Released Feb 9, 2009 :  While this version of Android didn’t come with a code name on its release, it was reportedly called “Petit Four” while it was still in development. The name is a direct reference to a French Dessert.

2. Android 1.5 – Cupcake – Released April 27, 2009 : The first official code name did not start until Android 1.5, when it was named “Cupcake. It added a bunch of features, including the ability to support third-party keyboard, automatically rotate apps when necessary, and upload videos directly to YouTube while also featuring other improvements.

3. Android 1.6 – Donut –  Released September 15, 2009: The Android 1.6 update allowed the support of CDMA-based networks, which in turn allowed carriers to sell Android-powered phones all across the world. It featured functions, such as Quick search boxes, direct toggling between camera and camcorder, power control widget etc.

4. Android 2.0 – Eclairs – Released October 26, 2009 : The Android 2.0 named Eclairs, was the first to add multiple account support, live wallpapers, text-to-speech recognition and Google Maps navigation among several new features and improvements. The Motorola Droid was the first phone, which included 2.0 right out of the box.

6. Android 2.3 – Gingerbread – December 6, 2010 : Android 2.3 Gingerbread is the oldest Android version still listed at Google monthly platform version update page. The OS was the first to add support for near field communication (NFC) for devices that had the necessary hardware. It also added support for multiple camera and video support, which laid the foundation for the popular term to come at that time, “selfie”.

7. Android 3.0 – Honeycomb – February 22, 2011: The Android 3.0 Honeycomb update was the uncommon one among its predecessor. It was released by Google, only tablets and screen that were larger than existing smartphones screen size. It had a redesigned user interface to accommodate larger screens and placed the notification bar on the bottom of the tablet’s screen.

It was a response to the popular Apple iPad, however, major companies continued manufacturing their tablets with Android 2.X resulting in Honeycomb being a not-so-popular update. Moreover, Google ended up adding the same features as this update to their next major update, Android 4.0 Ice Cream Sandwich, which made 3.0 more so forgettable.

8. Android 4.0 – Ice Cream Sandwich – October 18, 2011 : Android 4.0 Ice Cream Sandwich was a great update, which added the functionality of 3.0 Honeycomb into smartphones. It added a favourite-tray on the home screen, and the ability to unlock phone by taking a photo of its user face with the camera. This kind of biometric identification was the first, and has since been evolved greatly. Other features included the ability to dismiss notifications by swiping them, the full support of on-screen buttons etc.

9. Android 4.1 – Jelly Bean – July 9, 2012: Android 4.1 Jelly Bean was the next era of update in the line-up, which extended up until 4.3. It included new notifications features, which allowed more information being shown in the notifications itself. It added full support for Chrome to be Android’s web browser, while Google Now also made its introduction as part of the Search. Miracast and External Displays also got their support and “Project Butter” got its introduction, which aimed at making the animation faster and touch response better.

10. Android 4.4 – Kitkat – October 31, 2013: Android 4.4 Kitkat was the first Android to get a code name, which had been previously trademarked by another firm. Previously, it was hinted that the Android would be called “Key Lime Pie”, however, Google’s director of Android global partnerships, John Lagerling, thought that the name would not be familiar enough for global audience and called up Nestle, the creator of Kitkat to ask if they could use their name.

Nestle agreed, and even manufactured promotional Android-themed Kitkat as a form of co-branding. Kitkat did not boast a lot of new features, except one, which made it a spark. Kitkat was optimized to run on phones having as much as only 512 MB of RAM. This allowed companies to install and ship the latest version of Android on a larger variety of phones, even the cheaper ones.

12. Android 5.0 – Lollipop – November 12, 2014: Android 5.0 Lollipop was a major update in the Android line-up. It did a major overhaul of the existing user-interface by removing the fancy shadow and lighting effects. It opted and introduced the now popular, material design, which aimed at a more simplistic paper-design feel. The UI got several improvements, the notification bar look was changed, and several similar updates were done.

The next update, 5.1, also added similar big, but under the hood updates, such as the support of HD Voice calls, Dual-SIM support, device protection etc.

14. Android 7.0 – Nougat – August 22, 2016: Android 7.0 Nougat, which was internally referred to as Android N before its official unveiling, added features for smartphones with bigger displays. It added functions for better multi-tasking, such as quick switching of apps, and split-screen support.

Various under-the-hood changes were made by Google, such as support for Vulkan API for faster 3D rendering, switching towards the new JIT compiler to speed applications and also enabled OEMs to support DayDream Virtual Reality platform.

15. Android 8.0 – Oreo – August 21, 2017: Android 8.0 Oreo marked the second time Google co-branded with another company. There were a lot of speculations about the name, before it was confirmed in August by Google. Android Oreo packed various visual changes, majorly in the Settings menu, and introduced the support for picture-in-picture natively. New autofill APIs were introduced for better management of form data, notifications channels were support and much more.

16. Android 9.0 – Pie – August 8, 2018: Android 9.0 Pie, unofficially referred to as Android 9.0 P previously, includes several major improvements aimed at the convenience of the user. Pie prioritizes its user habits and introduces features that allow the user to not use their smartphone in excess. One of the major updates ditches the traditional navigation buttons for new gesture based control with one single home button. Swiping on this button will take you to newer options.

It also contains new features designed to extend your phone’s batter life, by introducing AI, which can predict which app you will use and which apps you won’t use till later. It also contains a feature, called Shush, which automatically puts your phone on DND mode, when the phone is screen-down. Another feature makes your screen go grayscale when its bed time.

Well, as far as the name goes, it is safe to assume it will start with a “Q”. Though, there are not a lot of candidates to list, a few honourable mentions would be Quiche, Quindim, Quaker Oats or anything, which is a sweet. Onto the features side, it is safe to predict that Android will soon opt AI as its major focus to develop new features, as its seen doing in Pie.

With the OS recognizing your app usage pattern to save battery to Google’s concern of putting you to sleep on time, these are quality improvements, which will continue to grow as the phone recognizes its owner better.

Android Q will most probably head into the AI department and bring more user-oriented updates to the shelves. While nothing major has been confirmed, there are few features that are sure to make it to the official release:

With official statement from Google being released that Dark mode does help you save battery, at least on YouTube, it is safe to assume that it does on everything else too. Google has recognized this before and will probably continue in doing so. Dark Mode can be found on phone manufacturer’s customized OS, but Google plans on implementing it natively through its next major release.

And why not? Most people do prefer a dark mode, when its dark, as its easy on the eyes, still looks elegant and saves battery consumption.

While Vulcan has been supported previously in the Android framework, OpenGL has still been popularly supported and people have been using it for development. If news is to be believed, OpenGL support may be gone with Android Q and Vulcan be the primary development API in place of it. For people who are unfamiliar with Vulcan, it was previously a direct successor to OpenGL though it was renamed as branded as a separate and more advanced API, which can work for all platforms alike, whether it be Android, Linux, Windows, iOS etc.

With Android Q, Google will use the proximity sensors to determine whether your call is on hold or not. If it is, it will suppress the beep sound, which might damage your hearing on listening to it long-term. A questionable feature, but nonetheless, a feature.

This feature allows the user to dial any country’s number and the phone will automatically detect what country’s number is it and will add the appropriate country code. This removes the hassle of searching and manually adding a country’s code. This feature can already be seen in Google Phone app, however, with Android Q, it will directly be incorporated in the Android Framework.

These are the features, which have been reported through news or leaks till now. While a lot of what’s to come has been kept under wraps, it is safe to assume Android and Google will keep pushing their boundaries as they ever had. It has grown from a small start-up to be the dominant OS in the mobile market. With Google’s endless resources, Android’s future is safer than ever.

Sonika Dhaliwal owns a professional content writing team that works with various clients all over the globe on their writing and blogging assignments. She has immense experience in the industry because of the in-depth knowledge about online marketing.

How to use hashtags and grow reach on every social network?