Home Uncategorized Fitbit Versa 3 At A Great Price: That’s How Good The Smartwatch... 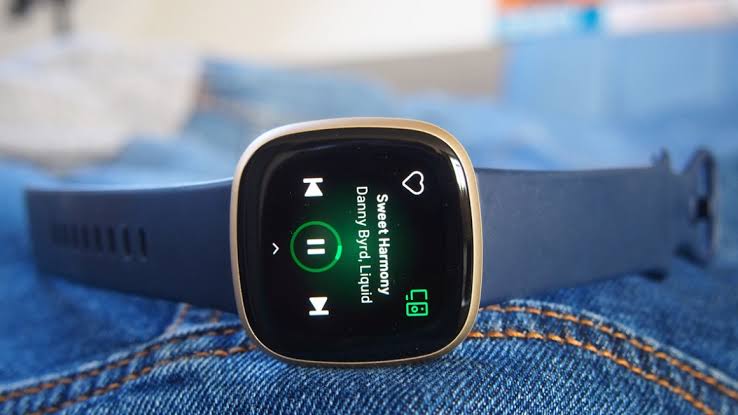 You can get the Fitbit Versa 3 at a good price at both MediaMarkt and Amazon: Both online retailers have reduced the price to 175 euros. You can choose between the models in black, midnight blue, and old pink – all variants are currently available at reduced prices. According to the Idealo price comparison, good offers for the smartwatch were recently around 190 euros. With the current offer, you will not save a fortune, but you will save a lot. According to the manufacturer Fitbit, the recommended retail price is 230 euros.

The Fitbit Versa 3 can do that

The Fitbit Versa 3 is a stylish fitness smartwatch that focuses on sports functions: the watch continuously measures your heart rate and shows your calorie consumption. Other sensors also measure skin temperature and oxygen saturation (SpO2) – the latter feature also distinguishes the Versa 3 from its predecessor. The smartwatch is also equipped with a GPS module with which the smartwatch records your movements outdoors, so a connection to the smartphone is not necessary. During the day, the watch measures steps, distance covered, and floors. It is water-repellent up to a depth of 50 meters and can be worn in the shower as well as in the swimming pool – there it also records lanes that have been swum.

The Fitbit Versa 3 can also be worn while sleeping – it then detects and measures sleep phases and, if desired, wake you up from a light sleep phase, which should guarantee a particularly gentle awakening.

Battery lasts up to 6 days

Also, there is a whole range of practical functions for everyday use: As a smartwatch, the Versa 3 naturally displays notifications from the connected smartphone (both Android version 7 and higher and iOS version 12.2 and higher are supported), and calls can also be made via the wrist. There is support for the voice assistants Google Assistant and Alexa and the option of making contactless payments via Fitbit Pay – but the list of supported banks is very manageable. The smartwatch can also play music, but only the Deezer streaming service is supported.

If you use the GPS function sparingly, you can easily use the Versa 3 for several days without having to recharge in between – Fitbit specifies the runtime as up to six days. However, the GPS module sucks on the battery: If it is permanently activated, the runtime drops to twelve hours. The quick charge function is practical, with which you can fill up with energy for a day in less than 15 minutes.