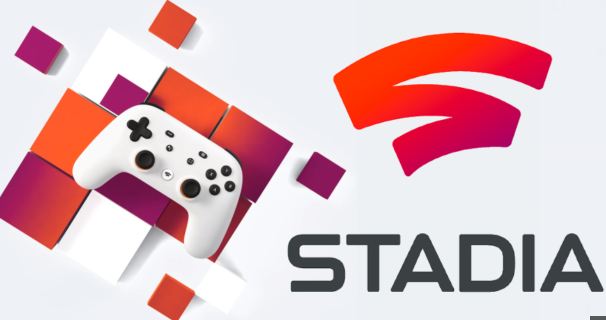 Google has recently announced that this year in 2019, it is going to launch the cloud-based game streaming service called Stadia. Google has not yet given any confirmation about Stadia’s date of release but, most probably the launch date is speculated to be in the second half of 2019. The launching of this cloud-based gaming platform is going to change the game of the entire video game industry which has been there for decades. 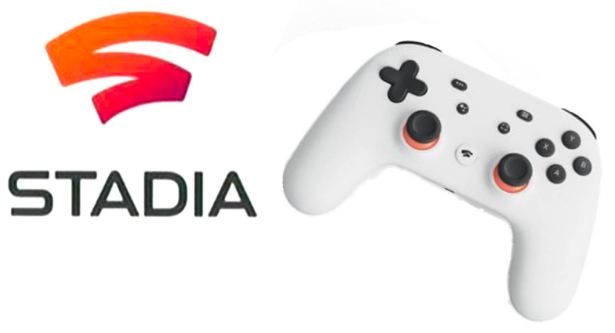 What is Stadia streaming service?

From so many years individuals have faced the issue in buying expensive game consoles, spending too much time on the hardware setup and download. But very soon Stadia is going to eliminate such issues by letting users play directly on the internet.

Stadia streaming service will allow all users to enjoy console games without any expensive gaming console, heavy GPU or complicated downloading process by just connecting to wifi. The users only need to have Chrome browser and internet connections to select their desired console game and play it instantly in all platforms like Laptops, Smartphones, Pcs. Smart TVs and tablets. The service is pretty much like Netflix and also will be having special Youtube features. 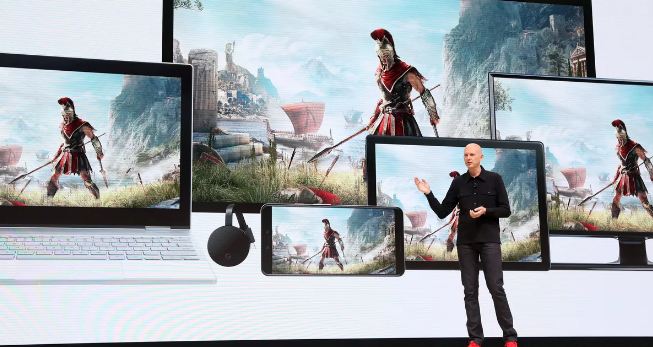 The big announcement of Stadia-gaming-platform was made by Sunder Pichai recently at the Annual Development Gaming Conference in San Francisco.

The cloud-based streaming service is expected to have gaming tricks that will easily allow users to switch devices and also share the current state of the game with users across the world.

The cloud-based gaming platform- Stadia, is going to be an easy online gaming experience with a few sets of requirements met by the user.

All inputs given by the gamers will be processed by Google’s server displaying the instant action. For the PC and laptop users, Keyboard and mouse are fine for the inputs; while mobile and tablet users need to go for controllers.

As per the recent details covered, the hardware of this device will be utilizing custom X86 Intel CPU of 2.7 GHz and a high-end GPU in association with AMD but, the detailed specification has not been declared yet. The RAM capacity will be mostly 16GB with up to 484 GB/s transfer while the graphics silicon chip will be having an output power of 10.7 teraflops along with 56 compute units and HBM2 memory already outrunning PS4 Pro and Xbox One X who have an output power of 4.7 teraflops and 6 teraflops respectively.

In the initial level as announced by Google, Stadia will be having 4K [email protected] fps with high-end surrounding sound and HDR while gradually Google’s plan is to make the performance level as 8k @120ps in the near future.

Youtube is already a major video streaming platform used by users to view different video contents. If gaming video contents views are to calculated approximately 50 billion hours have been spent on Youtube by users across the world for gaming. Hence Google will be joining Stadia with Youtube which will allow users to capture and share the game contents straight to Youtube from the gaming platform. This will be possible with the Crowd Play feature of Stadia that will not only allow other users to view the game content of the creator but also play a hand on with them instantly.

Every great invention faces fierce competition. Same goes for Google’s Stadia. After it gets launched in the market, it is expected to have tough competition with Microsoft’s xCloud game streaming service which streams Xbox games to mobiles devices, consoles, and Pcs and is also a recently launched product.

Another biggest competitor will be Amazon which is also in the same route for creating a cloud-based gaming service.

Other competitors are expected to be Nvidia, Sony already having online game streaming service and also Valve which is developing its Steam Link into a cloud-based game service.

So basically Google’s Stadia is going to face a tough competition with all of these brands in the near future.

As per the recent details shared by Google about Stadia, it is going to be the coolest gaming experience ever eliminating the year’s long consoles. Also, its association with the Youtube world is going to revolutionize the gaming entertainment in upcoming years.