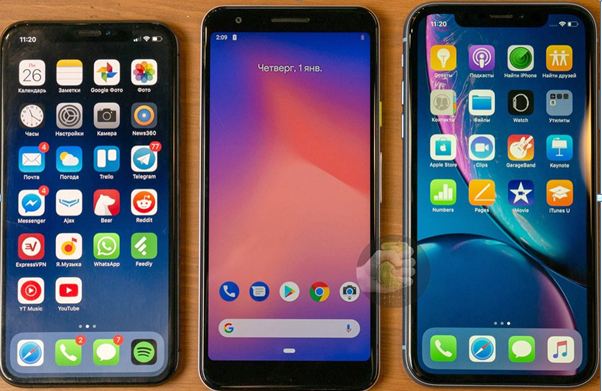 When it comes to the discussion about the best camera phones, Google’s Pixel is counted one among them. During the last few months, there is a consistent discussion about an economical variant of the Pixel 3, which is named as Pixel 3 Lite. About the same, the On leak has also clued about the possibility that Google is also working on an upgraded model which we are currently names as the Pixel 3 Lite XL. In this post, we are going to share the most expected specifications of the rumored Google’s Pixel 3 Lite. The Google Pixel 3 Lite will be quite similar to the Pixel 3 due in terms of design from both the front and rear sides. You will be able to notice some differences when you will monitor it closely.

Talking about the display, it will not be edge-to-edge. There will be bezels on the top and bottom side. There will be only one speaker which doubles up as an earpiece, unlike the stereo speakers which are available in the Pixel 3 and Pixel 3 XL. If we come to the camera, Pixel 3 Lite will have a single selfie snapperunlike Pixel 3 which is having dual selfie camera. It is also expected that Pixel 3 Lite is going to offer 3.5mm interface to its users.

Now the turn of the backside comes, you may be surprised by the knowing the fact that Pixel 3 Litewill continue with a single snapper present alongside a dual-tone LED flash. Below the glass finish, there will be a fingerprint reader in a circular shape. In the lower part, Google’s logo will be present.

Moving towards the buttons and the other ports, the Google Pixel 3 Litewill have the volume rocker and the power switch on the right spine. On the left side, the SIM tray will be available which can be ejected. Coming to the USB Type-C port and speaker grilles, these two will be placed at the base.

The Pixel 3 Litewill feature a polycarbonate construction instead of glass build which used to be present in the earlier variant. The new smartphones will be launched in black and white colors; the power button will be of neon green color in the white model.

Some other expected specifications of Google Pixel 3 Lite

Similar to the Pixel 3, the Pixel 3 Lite will too have a display size of around 5.5-inch. The size of this smartphone is expected to be 151.3 x 70.1 mm. It will have the thickness of 8.2mm and if we measure the same on the bumpy part of the rear camera then it will be around 9mm. Google Pixel 3 Lite will have full HD+ resolution with the aspect ratio of 18.5:9.

Some of the other rumors say that the Google Pixel 3 Literuns on the Qualcomm’s Snapdragon 670 chipset and it will carry RAM size of 4GB. The rumors also say that this smartphone will have a 12-megapixel shooter on its backside and an 8-megapixel snapper for selfies. About the storage space size, they give the clue of 32GB, although a higher priced model with 64GB storage option can be expected as well. These rumors say that the battery size will be of 2,915mAh.

Facebook
Twitter
Pinterest
WhatsApp
Previous articleAre you searching for the unrivaled cell phones under 20,000 ?.
Next articleSamsung Galaxy A8s world’s first smartphone with a hole in the display

It wasn't long ago that Netflix raised subscription prices for its customers. It has now been announced that this may not be the end...
Read more
News

Finally, what the public has been waiting for is what HBO is willing to give them! With all the name confusion going...
Read more
News

Amazon is widely known to explore new possibilities to provide convenience to its consumers. Now, Amazon has come up with a new brilliant idea...
Read more