Home Mobile How Nokia 3.1 Plus will revolutionize the Budget Segment for HMD Global? 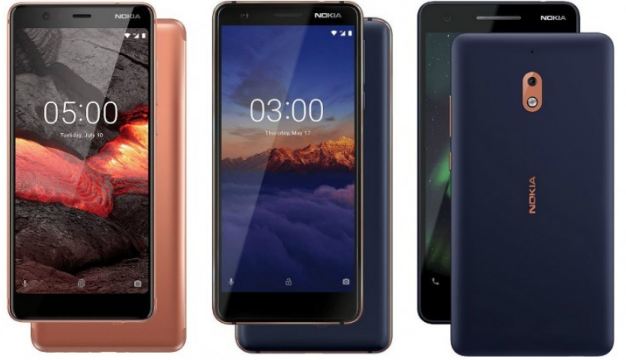 While we all know the Nokia reinvented itself under the hood of HMD Global by making way for some exceptional devices, Nokia 3.1 was one smartphone that certainly changed how people look at the budget segment. However, despite being a highly competitive gadget, this device lacked essential features like a sizeable display and the fingerprint sensor. Then again, HMD Global was quite vigilant regarding user preferences and ended up launching a revamped version of the former, tagged as the Nokia 3.1 Plus. While this device packed in a lot of improvements, the company didn’t hike up the associated price tag exorbitantly. In our discussion, we would talk about the inception of Nokia 3.1 Plus as a massive improvement over Nokia 3.1 besides detailing the associated specs sheet.

What are the Obvious Improvements?

When it comes to detailing the improvements, the screen size gets a massive boost. The 5.2-inch panel of the Nokia 3.1 changes to a 6-Inch phablet-type display. Apart from that, HMD Global also adds a fingerprint sensor for making things simpler for the general user. While the existing RAM still remains the same with 2GB and 3GB variants available, the Plus version is expected to be faster courtesy the addition of a new MediaTek processor i.e. the Helio P22. The battery backup on this device is expected to survive a day’s heavy usage and might still save some juice for the next day. The 3500mAh battery unit is quite a decent addition to an already impressive gadget. Lastly, there are certain region-specific models which are launched with NFC at the helm.

This new Nokia phone still falls in the budget category despite packing in some of the best features in the business. While we already talked about the most obvious inclusions, the new Nokia 3.1 Plus also wins it in terms of the rear camera arrangement by adding a second shooter at the back, precisely for supporting portrait shoots.

What are the Misses?

Although the Nokia 3.1 Plus adds a lot to the table in regards to the existing feature sets, it also disappoints by still keeping the Gorilla Glass addition at bay. Instead, HMD Global tries to fill in the void with a toughened glass which falls short of expectations. Not just that, missing support for faster wireless networks is also a major loophole which the company failed to identify. Although there are certain low price mobile phones which do not offer the 5 GHz WI-Fi flexibility, this Nokia Phone is certainly not a low-end device.

What are the General Expectations?

In some departments, however, the new gadget doesn’t make a lot of changes. The Plus variant still needs to be charged via a micro-USB cable and the 16GB and 32GB storage versions are persisted with, albeit 2gigs and 3gigs of RAM, respectively. The Android One experience persists which is expected to offer multiple software updates followed by decent levels of security. When it comes to the price points, we can expect something in the ballpark of $184-$207, for select variants. However, if someone is still looking to purchase the Nokia 3.1, originally priced at $159, getting hold of a refurbished model might just be a better option. There are select online stores like Togofogo which sell refurbished devices at highly competitive rates and the Nokia 3.1 is expected to be available over one of these.

The future for HMD Global looks quite promising as the company has been launching a barrage of mid-tier and low-end devices for the global customer base. However, with several Chinese players barging into the market with exceptional deals and offer, things are expected to get tough for the company. What’s frightening is that there are several startups which are making refurbished flagships available to the customers; thereby cannibalizing the existing mid-range and low-end smartphone market. Therefore, in order to survive this acid test, the likes of Nokia 3.1 Plus need to come up with some exclusive features and additional capabilities for being in the reckoning. As far as the Indian contingent is concerned, people are slowly but steadily moving towards pre-owned and refurbished smartphones and it would take a lot of effort from HMD Global in order to make a lasting impression.

TRICKS TO STREAM YOUTUBE VIDEOS IN BACKGROUND FOR MOBILE PHONES!!