Home Uncategorized How to use hashtags and grow reach on every social network? 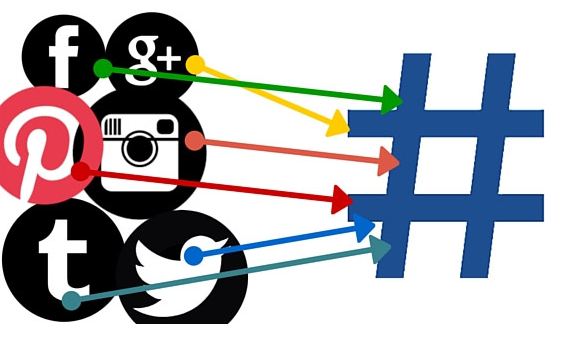 There was a time when the symbol ‘#’ which was known as a simple pound sign or hash mark. But with the consistent upward trending of the social networks, this conventional symbol has been turned into an online sensation. Nowadays, you will find the usage of hashtags on most of the social platforms especially Twitter, Instagram, Facebook, and many other social media channels. This tool can turn any tiny post into the trending one and ignoring it while writing a publicly oriented post can be kind of stupidity. It is quite normal that most of the readers are reading this post to find out the answers of various questions relating to the Hashtags which are arising in their minds. These questions can be: What exactly is a hashtag? How to use Hashtags? How to use them on various social media channels? Do-and-Don’ts practices while using the hashtags etc. Don’t worry! In this post, we are going to clear all of these questions and will add some more valuable information in your knowledge base about the hashtags.

What is a hashtag?

Every second, thousands of images are publicly shared on every social platform which makes the low possibility for your post to come into the limelight, unless and until you are having a large number of followers. So, here the hashtags play their role. A hashtag is a keyword or phrase which is used after the # itself. It can be used while writing a post or comment to specifically highlight it. With the aid of hashtags, your post can be indexed by the social network which makes your post discoverable to everyone, even to the users who are not included in your followers or fan base.

Why you should go with hashtags?

For the social media users who are not having a good number of followers should go with hashtags to get more engaged and garner more followers and fans. They should try to imitate the hashtags used by the popular influencers.

How to use hashtags on various social platforms?

As previously shared, most of the social media platforms are embracing the hashtags. Twitter was the first one to adopt it. The usage rules can be different for all of the social platforms which you will learn in the upcoming part of this article.

On Twitter, hashtags are used to explore the conversations to get engaged in or to start afresh of your own. People can find the posts which have used the hashtags and as long as they are shared publicly.

Tweets which are having one hashtag create the most engagement and this engagement start dropping with the usage of more than two hashtags. The reason behind dropping this engagement is too many hashtags may indicate a kind of desperation or spam etc.

You can explore hashtags on Twitter with the assistance of the search bar, by clicking on the hashtag or going through with the trending topics.

This example will give you more clarity to you about the hashtags. If you are sharing a picture relating to your last travel adventures then you can use the hashtag #Travel or #Adventure and now any of the users who will click on this hashtag will find all of the pictures shared by others users by using this hashtag.

A study indicates that posts which are having at least one hashtag have 12.6% more engagement than the photos which don’t use it.

You can discover hashtags by making a search of a specific term. As you will land on a hashtag page, here you will see the related hashtags used on such photos. As you will type the hashtag (#)in the search box, Instagram will give you more suggestions on the basis of popularity.

Similar to Instagram, you can explore the hashtags on Facebook. But keep the number 1-2 hashtags per post. It’s also recommended that hashtags which are having 10+ characters receive good engagement.

LinkedIn is experimenting with hashtags. For the time being, they work only on mobile.

On Tumblr, while creating a post, you’ll find there an option to add “tags.” As you will start typing the tag for your post, the hashtags will automatically be added in your post.

There are some other social media platforms too which are using the hashtags and these are:

However, recently Google has made the announcement to close its Google+ service next year.

Do’s and Don’ts while using hashtags

Use the specific hashtags: If you will use very general hashtags, then your post may get lost in thousands of results so try to be specific while using the hashtags. You should try relevant and unbranded hashtags. An example can be instead of using #Food use the name of the dish such as #Pasta #Pizza.

Use long hashtags only to create personalized content or branding: If you want to create your personalized hashtags and only you want to them then its fine to use long hashtags. But make sure that your hashtags can be distinguished. Example: #NothingJustMyIdioticThoughts is better than #nothingjustmyidioticthoughts. Similarly, #SometimesITooLoveWtiting is better than #sometimesitoolovewtiting But in general, it is always suggested to use short hashtags such #MyDiary #MyJournal #MyWords etc. to get more engaged.

Don’t have more hashtags than words:

We hope that, from the above two examples, you got our message.

Don’t hashtag everything: Try to be natural; it is not a mandate to use hashtags in all of your posts. Try to use them in a natural manner by placing it before a single or two words or your post or by putting it in the comment box.

Bonus for the readers who reach here: You can use Hashtagify.me to find hashtags. It will assist you to map a hashtag in relation to other similar options.

Another amazing related tool is RiteTag which help you to search hashtags which you can use for Facebook and Twitter. It will provide you with up-to-date data on hashtags’ performances.

Is That How A Revolution Works? The Big Bitcoin Problem Could Soon Be History