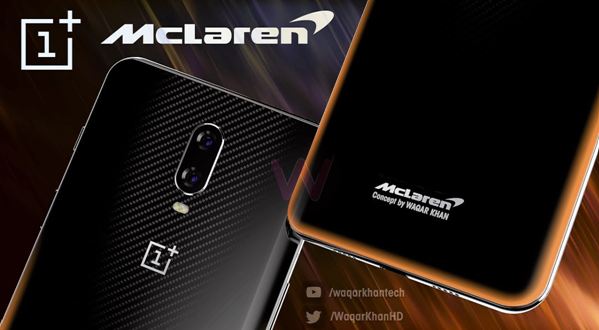 Talking about the leaked price of the OnePlus 6T McLaren Edition

The specifications of the McLaren Edition of the OnePlus 6T have also been rumored into the market before its official launch. The upcoming model of the OnePlus 6T is going to offer few upgrades over its existing top model in the series. In terms of the primary storage, the upcoming model is expected to enter with 10GB RAMand in terms of the size of the storage space, it will offer 256GB. The McLaren Edition is also expected to offer 30W fast-charging support which is supposed to deliver a day’s power in 20 minutes.

Moving towards the design, the leaked images of this model reveals that this smartphone will have orange accents on its sides and the bottom of the rear panel with a textured pattern in the middle. There will be the branding of the McLaren on its back panel. Apart from the above-mentioned specifications, it is expected that this model will be similar to the standard version of the smartphone, which offers features such as 6.41-inch size and full-HD+ display, Snapdragon 845 SoC, 3700 mAh battery size, 16-megapixel selfie camera, dual rear cameras, and USB Type-C port.

In the official statement of the OnePlus, it had been shared that this smartphone will bear the tagline of ‘Salute to Speed’.The London launch event of the launch of this model has been scheduled for 9:30 am GMT on Tuesday, means 3 pm as per the Indian Standard Time.