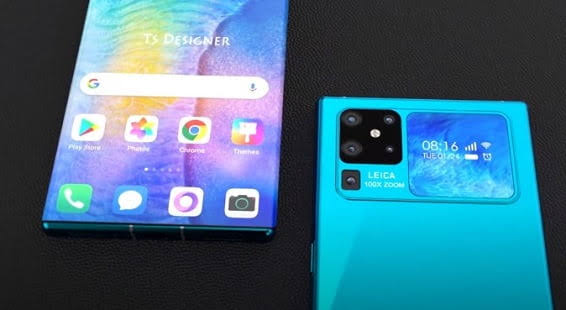 The battery life of smartphones is becoming more and more important. You want to be available anytime, anywhere, and you often rely on your mobile companion, which is indispensable. Huawei wants to do justice to this and is planning a new record in the top class with the Mate 50 Pro.

The Chinese manufacturer Huawei has not even presented the P50 Pro when the first rumors about the Mate 50 Pro have already leaked. The most important information concerns the battery. While a 4,400 mAh battery is still installed in the Mate 40 Pro, a gigantic 7,000 mAh battery is to be used in the successor. Huawei would not only increase the energy storage device by a few mAh, as the competition does from time to time but also increase it by 2,600 mAh and thus massively.

The Mate smartphones have never been small devices. This time they could use their massive design for a positive effect. It is currently unclear how exactly Huawei wants to accommodate the 7,000 mAh in the case. It is conceivable that new technology with more density will be used. This would not increase the size of the battery too much, but the capacity would increase significantly. 2,600 mAh more is an announcement. This would set Huawei a new benchmark and outrun the competition.

Not only the battery in the Huawei Mate 50 Pro will be special. The Chinese company probably also wants to switch directly to HarmonyOS . Huawei would say goodbye to Android and take a new path. We will have to wait and see whether this will lead to success. Without Google apps and services, cell phones sell extremely poorly. Huawei is no longer among the top 5 largest smartphone manufacturers in the world, and the company was already in the first place. Nevertheless, we are excited to see what else Huawei could surprise us with this year.

Apple MagSafe In The Test: The Magnetic iPhone Charger Of The Future

Huawei Is Not Giving Up: E-Cars Are The Next Target

Vivo V93s The revamped version of the Vivo Y93 has been launched with advanced...