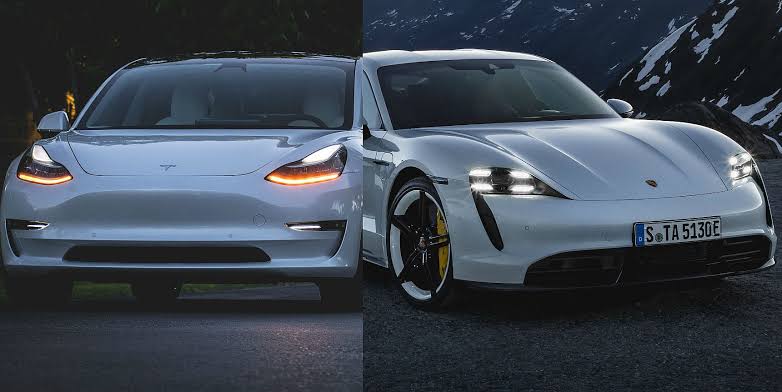 Elon Musk cannot claim this Tesla success: In an electric car race, several Tesla Model 3 took the top positions and left the Porsche Taycan well behind. The winners don’t have much in common with a mass-produced Tesla.

Tesla is pulling Porsche away: there is a clear winner on the racetrack

Tesla drives away Porsche, at least in this case: Tesla dominated the field in the “All Japan EV Grand Prix” electric car race. The German competitor Porsche Taycan Turbo S had to admit defeat to the Model 3 from California in Japan – and that surprisingly clearly. The sporty e-runabout from Stuttgart took part in the e-car race at the Fuji International Speedway in Oyama for the first time. According to information from Teslarati, it was also a small sensation among the participants that the Turbo version of the Porsche Taycan could not beat the Tesla cars. In the overall result of 55 kilometers, the man from Stuttgart only crossed the finish line about a minute behind first place.

The probability that a Tesla would win was also significantly higher: Seats 1 to 4 are occupied by the Californian electric cars, while the only Porsche landed in fifth place. It was not entirely unsuccessful either: the Gulf Racing Team experienced the fastest lap time in the Porsche of around 1:55 minutes. Overall victory in the Tesla Model 3 went to the well-known and successful Team Taisan from the University of Tokyo.

Tesla success on the racetrack: Why Elon Musk has nothing to do with it

But why should Elon Musk not make the success of his e-cars in racing a priority? On the one hand, racing – albeit with an electric drive – and sustainable environmental protection, as Musk likes to sell with the Tesla, don’t go together well.

Besides, the vehicles at the All Japan EV Grand Prix have some differences from those in series production. Specifications are made which optimize the “normal” e-cars for racing. The performance that both Tesla and Porsche put out on the racetrack then only has to do with the original car to a very limited extent – such successes are still popular in the automotive industry as a figurehead.