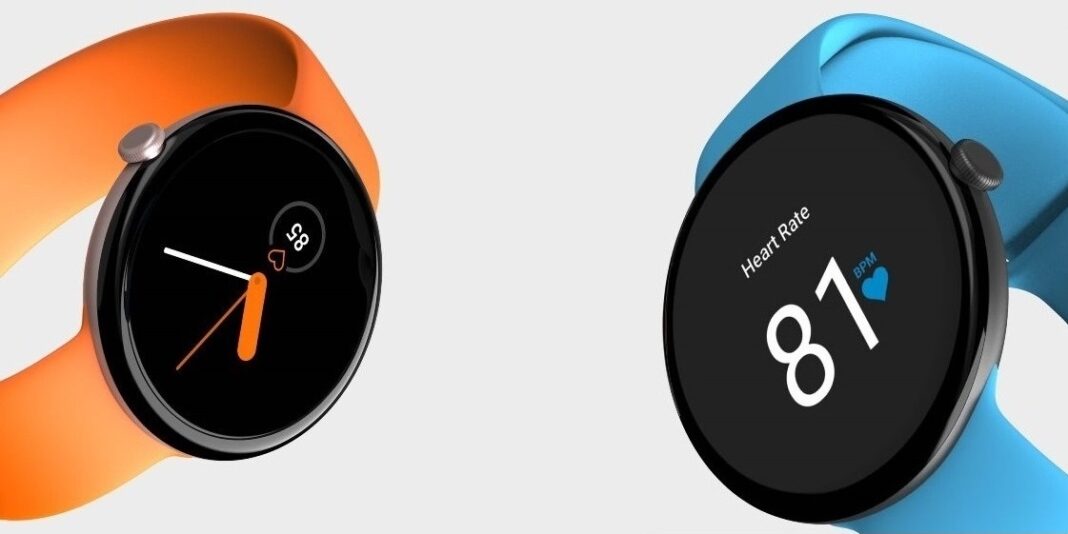 The rumours about Google’s first smartwatch are slowly growing. According to new renderings, Google is relying on a more minimalist and classic watch design. Even a physical bezel is probably involved.

Gradually, more and more information on the plan comes to Pixel Watch from Google to light. A leaker has now published render images on Twitter showing the smartwatch. If the information shown turns out to be true, then Google will use a different design than the competition from Samsung and Apple. The pictures show a smartwatch with a round display that does not have any buttons on the side. Instead, they have probably opted for a classic bezel, which is also used in many analogue watches. To underline the classic look, a watch face in an analogue style is used. When designing the apps, a minimalist look was also chosen, as the first pictures suggest.

How it is with the specifications of Google’s first smartwatch remains in the dark. However, it can be assumed that the group will rely on its own ultra-mobile operating system. Google’s Wear OS is likely to be powered by a Snapdragon Wear 4100. There are no real alternatives to the Qualcomm processor.

Pixel Watch: Presentation in May?

Google could officially introduce the Pixel Watch as early as the end of May 2021 and maybe even put it on sale directly. A presentation at the Google I / O developer conference is currently expected. It is also possible that the smartwatch will only be released in autumn together with the new Pixel smartphones. It remains unclear whether the watch will even listen to the name Pixel Watch. It’s already Google’s second attempt to establish its own smartwatch. The first project was discontinued in mid-2019.