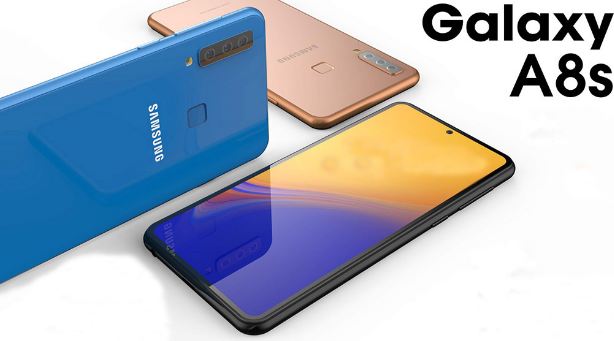 Samsung is going to unveil Galaxy A8s which will be the very first smartphone in the world with a hole in the display to house the selfie camera. The launch event of the Samsung Galaxy A8s will take place in China. An official forum post demonstrates small cut-out in the top-left corner for the front camera in this smartphone. In the month of October, Samsung had shared some glimpse of the Galaxy A8s had with a full-screen display and there will be no notch; but the punch-hole camera was not visible in such teaser image shared which was shared at that moment. In this post, we are going to share with you the launch event date, venue, design and the most talked about specifications of this upcoming smartphone.

The most talked about specifications of the Samsung Galaxy A8s

Recently, the specifications of the Samsung Galaxy A8s were leaked by Chinese certification site TENAA. The world’s first Infinity O smartphone will carry 6.39-inch display which will be a full-screen design; the battery size will be 3300mAh, this smartphone will be dual SIM with dual standby functionality. In terms of camera, it will have triple camera sensors on its back, which might be with the resolutions of 24 megapixels + 5 megapixels + 10megapixels. The sensor of the selfie camera is expected to have a 24-megapixel sensor. Apart from all these, certain other key features of the upcoming Samsung Galaxy A8s which have been leaked till now include Snapdragon 710 SoC, RAM size of 6GB, having internal storage space of 128 GB along with microSD support for the expansion of storage space.

Speaking about Design of the Samsung Galaxy A8s

If we come to the design of this upcoming smartphone then it has a gradient back panel with a pill-shaped fingerprint sensor on the rear side. A dedicated Bixby button will be present on the left edge of the smartphone and on the right edge, there will be the Power and Volume buttons. Further, there will be vertically aligned cameras, LED flash along with a yellow ring circling the middle camera sensor.

With the Galaxy A8s, Samsung will become the first smartphone brand in the world to launch a smartphone which will have a hole in the display to place the selfie camera. It is important to share with you that Huawei Nova 4 and Lenovo Z5s are also working in a similar punch hole-design for the selfie camera, the launches of which are scheduled on December 17th and December 18th. Apart from the Huawei and Lenovo, the Honor has also shared the glimpsed of a smartphone with a similar design.