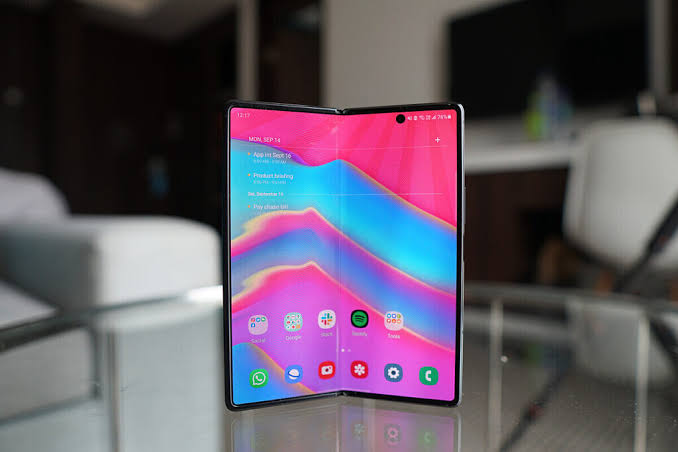 That comes as a surprise: Despite many improvements, Samsung will probably not use the Exynos 2100 in the upcoming Galaxy Z Fold 3. Instead, the Snapdragon 888 from the competition should be used. When looking at the features of the folding cell phone, the decision in favor of the competing product makes perfect sense – the Qualcomm chip should be superior in one aspect in particular.

It is an open secret that Samsung’s own Exynos processors lag behind Qualcomm’s Snapdragon chips. With the Exynos 2100, Samsung’s processor division has caught up a lot, which is why the SoC was built into the European version of the Galaxy S21 despite some harsh criticism of the predecessors. For the Galaxy Z Fold 3, Samsung should now prefer to use a Qualcomm chip.

According to cell phone insider Ice Universe on Twitter, the folding phone will be equipped with a Snapdragon 888. The predecessor, the Galaxy Z Flip 2, already had a Qualcomm processor on board. For the release in late summer 2020, however, the improved Exynos 2100 was not yet available, which is why not a few expected that Samsung would rely on its Exynos chips for the third generation of the foldable smartphone.

Galaxy Z Fold 3: With the sub-display camera, without a slot for the stylus

A smaller battery shouldn’t deter potential buyers from the Galaxy Z Fold 3. The device already promises to be one of the most exciting cell phones of the current year. Although the smartphone is probably different than expected no slot for Samsung’s S Pen brings its intended Galaxy Z Fold 3 with a sub-display camera equipped to be – a real novelty for Samsung and a sign that the promising technology slowly but surely ripe for the mass market is.

WhatsApp: Deactivate Or Bypass Read Receipts – This Is How It Works