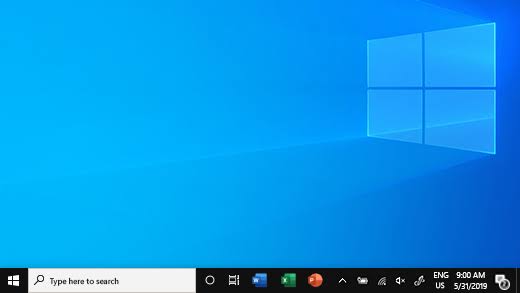 Microsoft wants to make Windows 10’s taskbar more interesting and useful. Therefore, a new function is now distributed, via which both messages and interests migrate to the system tray of the operating system. Content can be customized, says Microsoft.

Windows 10: Taskbar with messages and interests

Microsoft is distributing an update for Windows 10 for certain users a little earlier than expected, which extends the operating system’s taskbar. Messages and interests can now be easily viewed here. The “feed” can be adjusted according to your preferences. According to Microsoft, the feature should help users not have to constantly switch between PC and smartphone. Instead, important information is presented directly on the Windows 10 desktop.

How serious Microsoft is with the new taskbar is also made clear by its own “interests manager”, which can be controlled via the Microsoft Edge browser. You can add or delete your interests and define preferred news sources. It starts with Bloomberg, CNN, ESPN, Reuters, and AP. It is also certain that the new function does not have a negative effect when dark mode is switched on. In terms of the possible areas of interest, users can choose between politics, sport, business, technology, and research. Instead of simply listing the news in chronological order, they are summarized in “stories”.

Windows 10: taskbar with messages soon for everyone?

It will take some time before all users can enjoy the new function. Microsoft is currently testing the beefed-up taskbar for participants in the Windows Insider program. It is irrelevant here which of the three “Insider Channels” you use. All participants should receive the feature “in the next few weeks” at the latest.

Not even Apple and Samsung Can: The 25-Euro Smartwatch Has A Special Function