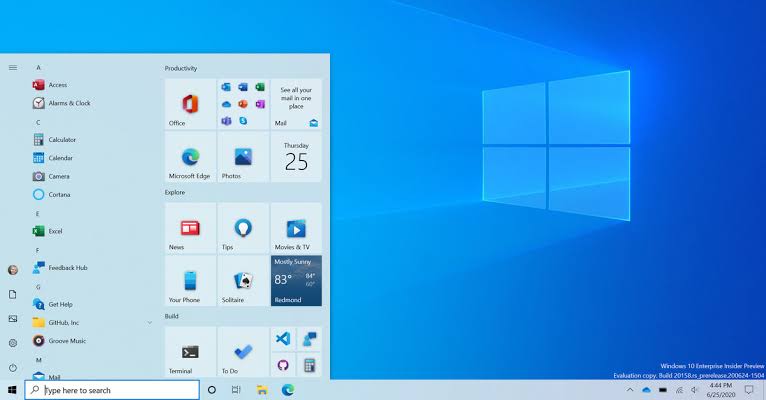 Microsoft has released a new beta update for Windows 10, which has an interesting new feature in the start menu. The goal is probably to make us a little more productive and to make everyday work easier. Microsoft won’t make many friends with another change.

Microsoft has its Windows beta program Insider, a new version of Windows 10 released. Interested participants can now download the update. However, there have been no stunning innovations with the update, the focus is on smaller improvements. Nonetheless, one of the new features should catch your eye straight away, as Microsoft placed it prominently in the start menu.

Directly in the on/off the menu, which can be found above the Windows 10 start button, Microsoft has introduced the new button “Restart apps after logging in”. If this is activated, programs shut down completely after a new login or a restart.

So far, it looked like Windows 10 automatically stores the programs temporarily so that users can find them in the last viewed state. This automatism is no longer applicable if the user so wishes.

With another innovation of the beta update for Windows 10, Microsoft has taken red pencil. Access to the timeline is no longer possible across devices. Microsoft has disabled the option for Microsoft accounts. According to the company, the timeline should not be set completely. The locally saved timeline can still be viewed on the respective device. Microsoft also advises that users can simply use programs for cross-device information. The browser and the Microsoft apps OneDrive and Microsoft 365 are cited as examples.

Huawei Is Not Giving Up: E-Cars Are The Next Target